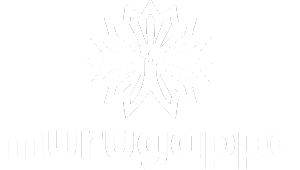 Renowned brands like BSA, Hercules, Montra, Mach City, Ballmaster, Ajax, Parry’s, Chola, Gromor, Shanthi Gears and Paramfos are from the Murugappa stable. The Group fosters an environment of professionalism and has a workforce of over 50,000 employees.

From Acorn to Oak

Starting with a sandpaper plant, the Group forayed into making steel safes, and then into manufacturing. It set up an insurance company, and bought a rubber plantation; making a small but significant beginning. The rest is history.

The Turnover and PAT for the subsequent years is as follows:

The Group has grown consistently through its decisive and visionary response to changing times. Its pioneering efforts, steadfast commitment to ethical business practices and its dogged pursuit of new areas to extend its business acumen have brought in its wake several prestigious national and international awards. The Group’s business philosophy can be summed up in this couplet from the ancient Indian treatise on wealth creation and governance, the Arthashastra:

“The fundamental principle of economic activity is that no man you transact with will lose, then you shall not.”

Conducting business by a clear set of values and beliefs, the Group has observed very high standards of ethics and transparency. Its belief in organisational renewal has allowed the Group to adapt itself to changing economic contexts and grow from strength to strength. The Management Development Institute (IMD) of Lausanne, Switzerland, conferred the ‘IMD Distinguished Family Business Award’ on the Group in 2001.

It was in 1999 that M V Subbiah decided to step down, bring in an external chairman for the Group, and let the family take advisory positions. The Murugappa Corporate Board was formed and N S Raghavan, a professional, was appointed as Chairman. On his retirement in 2001, P S Pai took over as Executive Chairman. During Pai’s tenure the Group went through a period of learning and growth. On completion of his tenure, M A Alagappan, took over as Executive Chairman in October 2006 and A Vellayan as its Vice-Chairman and Director-Strategy. A Vellayan succeeded M A Alagappan as the Executive Chairman and M M Murugappan the Vice Chairman on November 1, 2009.

Each successive generation has not only strengthened existing businesses but has developed new ones. It has developed unmatched expertise in turning around sick businesses in the shortest possible time following acquisition. The Group manages the evolution of its businesses and governance structures consciously. As a result, the Group’s business portfolio is diverse and dynamic.

Dedicated employees drive the Group. The Murugappa Group has always believed in the welfare of its employees. Each company provides excellent opportunities for learning and growth to all its employees.

Commitment to the Community

The Murugappa Group continues to build on the culture of philanthropy initiated by its founder. Social commitment has always been the cornerstone of the group’s ethos and it has been at the forefront of eco-conservation, public health, and education in the communities where its companies operate, since 1957.

It runs four schools, a polytechnic college and four hospitals. Besides, the group runs a research and development centre for rural development, the Sri AM Murugappa Chettiar Research Centre (MCRC), which has been designing simple, cost-effective technologies for local artisans since 1977.

The Group has scaled each pinnacle consistently through its decisive and visionary response to changing times. Its pioneering efforts, steadfast commitment to ethical business practices and its dogged pursuit of new areas to extend its business acumen have brought unprecedented success and several prestigious national and international awards. But there is no stopping for the Murugappa Group; the journey is still on, in search of scaling newer heights and finding greener pastures – beyond the horizon.